“Elena Antinelli and Frank Meyer complement each other perfectly, thread full of emotion, devotion and love for the music of the 20’s and 30’s. Pleasantly minimal orchestration on their debut release leaves lots of space for the fascinating, confident and grounded voice of Antinelli. Musical Gems”
~Country Jukebox, German radio/website

“Elena Antinelli sings like she means every last vocal inflection and trill, while her musical partner, Frank Meyer, adds plenty of character with his gravel voice and easy playing style on guitar, ukulele and steel body resonator guitar. Their music is a step back in time to the days of Prohibition and juke joints with plenty of character and colourful delivery in Who’s that Knockin’? (Trad), Come on in My Kitchen (Robert Johnson) and Carolina Moon (Joe Burke & Benny Davis) stealing the spotlight. However the seven songs written by this unique duo can stand up against such competition with both Space and Same Thang particularly prominent.”
~Paul McGee….Lonesome Highway, Irish magazine/website

“They’re like a musical time machine, showing how and why the 20’s and 30’s were so musically interesting and fun.”

“This band combines musical skill with a real sense of humor that had us laughing as well as moving to the tunes.” 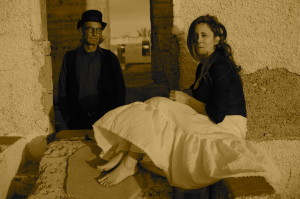 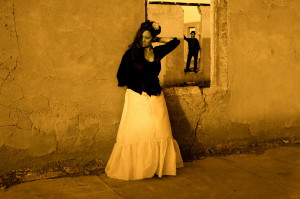 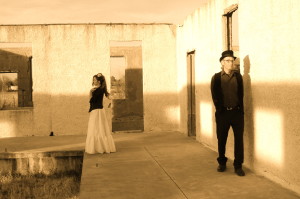